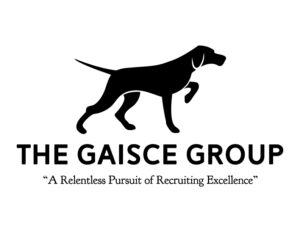 Boston City FC II will again compete in the Bay State Soccer League (BSSL) and the Ucal Breakaway McKenzie Cup under head coach Cesar Deossa, with the 2019 season kicking off on Saturday, March 30.

Boston-based recruitment firm The Gaisce Group is the presenting sponsor of all Boston City FC II matches in BSSL competitions.

The Lions’ development team, which plays in the BSSL Division 3 North, will open the new campaign on March 30 with a cup clash away to second division Mystic River FC, with a visit to either Alleghany FC or Boston Rovers in the second round the reward for the winners. The BSSL league season kicks off a week later on Saturday, April 6, away to Lynnfield Legends and the Lions continue on the road on April 13 at BRFC Druids.

The first home match sees league newcomer Gulls FC visit Daly Field in Brighton where Boston City FC II will again play home matches this season. Kickoff times will vary and are to be determined and will be posted at http://www.bssl.com/. The Lions will play nine matches up to June 22 before the mid-season break and will resume on August 24 through to October 26.

“We are eager to see our young prospects back in action, some returning from last season and others making their debuts for the club,” said Boston City FC Managing Director Craig Tornberg. “Last year two players, midfielder Santi Cardona and forward Raffi Desouza, were promoted to the first team and both made an impact in the National Premier Soccer League, while others are expected to follow in 2019. That shows there is a clear path here for talented local players to progress through our ranks.”

Last season the team missed out on the promotion playoffs having been in the race for the postseason until the final two weeks and won one Lamar Hunt U.S. Open Cup qualifying match before bowing out at the second hurdle.

Dates subject to change / Kickoff time to be confirmed