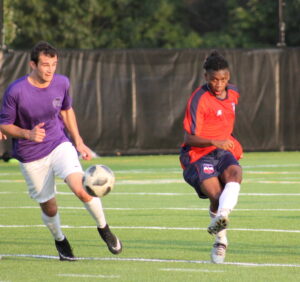 Defender Jeremy Pachter (below) and midfielders Samuel Deossa (main photo) and Christopher Gilbert (right) will head to the Boston City FC academy in Manhuaçu today, March 13, for a period of three weeks. The trio will train with the club’s professional team that gained promotion to the State First Division to cap a successful first season in 2018. They will return to the United States in time to prepare for the new National Premier Soccer League season, which kicks off on April 27.

“For each of these players, this time spent focused purely on further developing their soccer abilities will be of great value,” said Boston City FC managing director Craig Tornberg. “One of the benefits of having a sister club in Brazil is that we are able to offer our players such a fantastic opportunity. They will come back ready to make an impression in the NPSL in our first team, having broadened their personal horizons through a visit to Manhuaçu.”

The three prospects heading to Brazil played for the Boston City FC II team in the Bay State Soccer League (BSSL) and U.S. Open Cup qualifying last fall. They will be reunited with coach Andre Mendes, who has taken charge of the club’s Under 17 team in Manhuaçu. 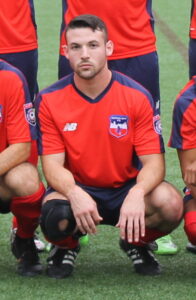 Samuel Deossa, aged 17, captained Boston City FC II in the BSSL and the creative central midfielder has played in the New England Revolution academy system and at Watertown High School. Christopher Gilbert, 23, is an attacking midfielder who joined the club through the fall tryouts and impressed during the second half of the BSSL campaign. Jeremy Pachter, 26, helped Mass United reach the quarterfinals of the UPSL playoffs in 2018 and made a handful of appearances for the Lions’ BSSL team in the fall.