Coach Cesar Deossa leads Boston City FC II into the first competitive action of 2019 when the Lions’ development team travels to Mystic River FC in the First Round of the McKenzie Cup this Saturday, March 30.  Boston City FC II matches are presented by Boston-based recruitment specialists, the Gaisce Group.

The Bay State Soccer League side, which narrowly missed out on promotion last season, visits a Mystic River team a division higher in the BSSL structure, with hopes of springing an upset. The clash kicks off at 12pm at Danehy Park in Cambridge.

Boston City FC II welcomes back many of last season’s squad, with a handful of additions from last weekend’s open tryouts, but will be without trio Samuel Deossa, Chris Gilbert and Jeremy Pachter, who are currently training at the club’s academy in Brazil.

Three players with first team NPSL experience – goalkeeper Jacob Wagmeister, midfielder Santi Cardona and striker Jhonata Batista – are part of the squad looking to earn a Second Round trip to either Alleghany FC or Boston Rovers. 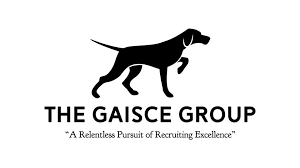